The Equity Serve Foundation is proud to sponsor the Park City International Film Festival in order to promote the development of the arts as an increasingly influential vehicle for teaching values conducive to healthy families and an ethical society. The theme for the festival is “Elevating the Human Spirit.” Festival date: June 14 & 15, 2018

Terrordise is a very entertaining screenplay, definitely a must see. The story is unique, funny, and interesting. It has action, suspense, drama, mystery, sci-fi and of course comedy. Terrordise is your unconventional comedy, it has a very futuristic setting but with a very interesting twist in the plot that will get you glued on to your seats from the beginning until the end. The characters have unique and interesting personalities that gave spice to the screenplay. The structure of the story is very well made, the phasing was intense, and there was depth and moral in the story despite its comic façade. It is certainly a fascinating screenplay, you’ll laugh your heart out when you get to meet the Schwartz-Johnson family, who relocated from New York City to Dallas to live the dream of an out of this word paradise and security under the watchful eye of the I.C.U. The kind and compassionate Schwartz-Johnson family will uncover something that will change the course of their life forever. 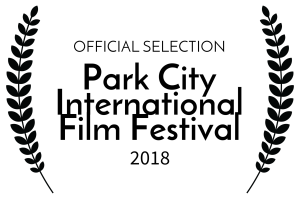 The story of Terrordise unfolded when the Schwartz-Johnson family was about to leave New York for Dallas, they were in a cab talking to the driver about the life that awaits them in a paradise in Dallas. There was undeniable doubt in the cab drivers face while Ester Schwartz, wife of Mohamed Johnson an internet sensation, was describing their new place that she had the chance to visit through a virtual reality tour.

They were accompanied by their fraternal twins Able and Elba, ten years of age, both smart and edgy preteens. On the airport, they encountered obstacles to get past security. When they’ve arrived in Dallas they were welcomed by an unlikely surrounding of what seems to be remains of the past, however, they were too excited to notice what they’ve just passed by. Upon arriving at their destination, The Paradise, they were amazed by its medieval-like features, nothing like the futuristic virtual reality tour that they had. Their house is like a small castle called the Tudor house, and their neighbors seem to live up to the medieval theme of their community who were also dressed in medieval costumes.

They were welcome by Glorilee and Arthur Cheney who lives in a nearby house called the Camelot, they are their designated family buddy. Glorilee Chaney is also the water lord who owned the water right to their community. They will meet a lot of distinctive characters that live around their neighborhood but Glorilee Chaney doesn’t seem to be pleased with the Schwartz-Johnson family’s friendliness to the Mexican helpers, especially to their house helper Esmeralda. Glorilee suspects them of terrorism and plotting something against the community, with the help of an I.C.U special agent, she gathered evidence that can be used against the Schwartz-Johnson family, it will be the start of their unexpected adventure to save their lives from being convicted as a terrorist.

Terrordise is a fun family adventure screenplay definitely worth watching. The whole family will surely enjoy every twist and turns of the story, this is highly recommended for a fun family night.